From the words of Lorde – “And we’ll never be royals”

I was Queen for a day…
Literally. The Queen of Hearts.

B A C K S T O R Y
I was a very lucky girl and got the chance to visit a friend who lives in a Castle in France. Seriously. What a strange sentence to write…

So after a VERRRRY long 16-hour drive to Dijon, France we arrived at Château De Sully.

Luckily my friend who actually grew up living in this Château had arranged a Mad Hatters Tea Party on the night we arrived! So obviously giving the opportunity I naturally chose to become The Queen of Hearts.

I literally had about 20 minutes to get ready, which included a 5-minute photo shoot.

Becoming a Queen is easy… & this is how I did it.
NB. Castle not included.

H A I R
This does depend on what kind of Queen you want to become. I wanted to be a ‘MAD’ Queen. Well, you can’t attend a Mad Hatters Tea Party and not be MAD… can you?

So being in a car for 16 hours with a half top not on your head helps with this look. But if you don’t have the time to do this then lots of dry shampoo and some serious back combing will do the trick. THEN hairspray the shizzle out of it!

E Y E S
I like my eyebrows dark anyway – So I used my usual eyebrow tools. A dark brow works for any one but I personally think if you have blonde hair, dark eyebrows are pretty darn cool – Think Suki Waterhouse.

With Mascara I think the bigger the better. I can not use fake eye lashes – I’m useless when it comes to putting them on…  I really wanted to try the pre glued Eylure lashes…

“I’m late I’m late for a very important date… No time to say “Hello”, goodbye! …” Literally a Bunny man was actually saying this to me. So there was seriously no time to waste.

The best thing to do when this happens (it may not be a bunny man in your case) is use your best Mascara you own and make them big and bold as much as possible- making your eyes stand out like crazy eyed Suzanne from Orange is the New Black.

GOLDDDDD always believe in your soul. I found a great copper eye pencil, which I put on my top lid and blended with my fingers and then same again underneath my eye. This works for any colour eye but especially pops for a blue-eyed gal. I used eyeliner but a brown eye pencil only on the water line just to add to that wide eyed effect. On a serious note, when using browns and gold eye shadow I have not been using black eyeliner or black pencil… I feel that using brown is a lot less harsh and gives a much better contrast.

L I P S
MWAAAHHHH. I’m in love with this Orange/Red lipstick from Rimmel. Its my absolute favorite and works perfectly with the ‘Hearts’ part of this look.

S K I N
A royal’s base has to be flawless. I have an expensive product that I use from SpaceNK, which really does help with all the imperfections in my skin. If I didn’t have that then I would of used any primer I could lay my hands on… love to hear suggestions, as I cannot always afford a SpaceNK Product. I then used a concealer on the usual areas; under eye, under nostril, nose and any spots I had. Then I put my foundation on – I live by Lancôme’s foundation, I have yet to find one to match it. It lasts and it’s not dry, leaving my skin dewy and flawless just like any Queen you have ever seen.

To finish my skin off I used a little bit of Bronzer, not too much as the Queen of Hearts is like a English Rose skin tone – but I’d been in a car for 16 hours and looked translucent and that was definitely not the look I was going for.

C O S T U M E
I think any red dress could work for this look – as long as it’s pretty and if it has a heart on it then that is a welcomed addition. My one was an old dress I bought from Topshop. Here are a few I have found if you don’t have any thing existing.
Maybe this?
OR This??
Or even this???

I was going to wear some patent pink heels and then I realized that I would be dancing … so I picked out my gold comfy sandals. They were from TopShop too but at least 3 years old so here are some other options.
What about these?
OR THESE??
Oh wait… THESE ONES!

I took a pink clutch bag. Which is unusual for me, as I hate a bag without a handle… Jazz hands are impossible with a bag in your hand! The way I looked at it was – clutch bags work for House Parties or in this case a ‘Castle Party’

I also picked up some little heart confetti’s, which I stuck on my body with Vaseline. I also kept the rest in my bag to sprinkle on people I met. You should do this too… you may not be brave enough at first, but I assure you after a wine or two, it will be rude not too…. plus its a great icebreaker.

I was then dressed and ready to rock and royally go.
& now you should be too! 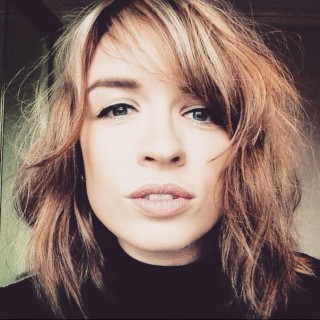 Come with me and your be on a 30 year olds adventure... We'll begin, with a spin, travelling in the world of my creation. What we'll see, will defy...explanation. Instagram @missloveday @twinninginthe20s